On September 17, Brena Carvalho set her alarm for 6:30 AM. It was early for a Sunday, but she wanted a surprise-free morning and a leisurely walk to the high school where she’d take the first phase of the entrance exam for UERJ, the State University of Rio de Janeiro. Her home in the Rocinha favela in Rio’s South Zone is just 25 minutes away from the test.

Carvalho, 17, is hoping for a spot at UERJ’s pedagogical school. Having finished high school in 2016, she’s begun work at a nursery school in Rocinha. She’s been taking practice exams for weeks, and the story of Macabéa from Clarice Lispector’s The Hour of the Star – one of the exam’s central texts – is still fresh in her mind. “I spent the whole year prepping,” she told Piauí days later.

Just before leaving the house that Sunday, she heard a burst of gunfire nearby. “I can’t believe it. Not today!” she thought.  Soon, her whole family was wide awake, concerned over the crossfire and Carvalho possibly missing the test.

A territorial dispute between two of Rio’s major criminal factions had triggered the shootout. The contest set the allies of Rogério 157, a current narco-leader supported by the Comando Vermelho (Red Command), against the partners of Antônio Francisco Bonfim Lopes, or Nem, ex-head of criminal activity on Rocinha’s hill, and support from the Amigos dos Amigos (Friends of Friends) gang. Nem, though held in a maximum security prison since 2011, had coordinated a counteroffensive to retake the hill.

With an area just under 1.45 square kilometers – a bit under half the area of New York’s Central Park – Rocinha is Brazil’s largest favela. It’s home to 70,000 inhabitants according to official figures, though community leaders maintain the population surpasses 100,000. Students living near Rocinha’s main exits were able to reach their exams that day. “But since my house is right in the middle of Rocinha, I couldn’t take the risk,” said Carvalho.

At 7 AM, she still hoped to make it to school by the test’s 9 AM start. “If things calm down, I’ll have enough time,” she repeated to herself. At 8:30, as bullets still tore through the sky over Rocinha, she gave up and collapsed in tears. “A rich kid living near my house – who’s had so many more opportunities in his education – could make it to the test, and I couldn’t.”

Twelve other students from Rocinha missed the entrance exam that day.  Several of them, Carvalho included, had attended Pecep, a preparatory course begun in 2001 and hosted by the Escola Parque, an upper-middle class school in Rio’s South Zone. As Carvalho and other students traded frustrations that morning on WhatsApp, the conversation looked like something out of a civil war: armed drug traffickers, bullet-pocked houses, and burned corpses. Hearing the reports, Pecep’s directors recommended their students stay at home.

Conflict in Rocinha continued into the following week. Days after the exam, more than 900 soldiers from the Brazilian Armed Forces occupied the hill; local Military Police received reinforcements; and the BOPE special operations battalion (Brazilian SWAT) searched for traffickers hiding in nearby forests. Between the beginning of the operation and the end of September, 21 were arrested and 6 were killed.

Even in the middle of the crossfire, Rocinha’s students looked for ways to attend their course at Pecep. But their professors considered it too dangerous – the police had recommended that Escola Parque suspend all activity. Professors posted course content online in an effort to stick to schedule.

Students and their professors reunited the following Wednesday, September 20, once things calmed down. Pecep’s directors had good news: UERJ’s administration had granted them a hearing. The students celebrated, hopeful they’d have another chance to take the exam. But even that day’s festivities were interrupted. An intense shootout cut class short, and students were forced to return home in a group, under teacher supervision.

The following day, Pecep met with the UERJ administration. According to the teachers at Pecep, the administration lamented the fact that some students had missed the exam, but argued that the university couldn’t break the exam policy, which holds candidates responsible for their own travel to the exam location. “They argued that ensuring the right to come and go is up to the state government, not UERJ,” said Mariana Alves, one of the teachers at Pecep. Pecep intends to sue to the state to allow their students to take the exam.

September’s entrance exam selects students to attend 2018’s first academic semester at UERJ, one of the institutions most affected by Rio’s current economic crisis. Strikes and poor working conditions have triggered a lag in next year’s academic calendar, and the university has fallen behind on paying salaries to employees and service providers since 2015.

The first phase of UERJ’s entrance exam is offered on two separate dates – candidates that take the exam twice can choose the higher of their two scores. Since Brena Carvalho took the first test in July, her absence from September’s test will not eliminate her from the selection.

Not all candidates had the same luck, though. Such was the case for another Rocinha prep course student. Unable to afford two separate exams – there’s an R$60 fee per exam (around 20 dollars) – he decided to wait until September. Like Brena Carvalho, he was unable to leave the house that day. He’ll have to wait until next year for another shot at the test.

The student – who preferred not to identify himself – scheduled a conversation with Piauí for the Sunday following the exam date, opting to meet up on one of Rocinha’s busiest streets. That afternoon, police and soldiers stopped cars and motorcycles up and down Rocinha’s hill. Helicopters buzzed overhead in search of drug traffickers, sweeping over surrounding forests. Twenty minutes after the scheduled meeting time, he sent a message. Since his mother wasn’t home, he couldn’t leave the house. “I can’t leave my sister home alone,” he said. “The situation is unstable.” 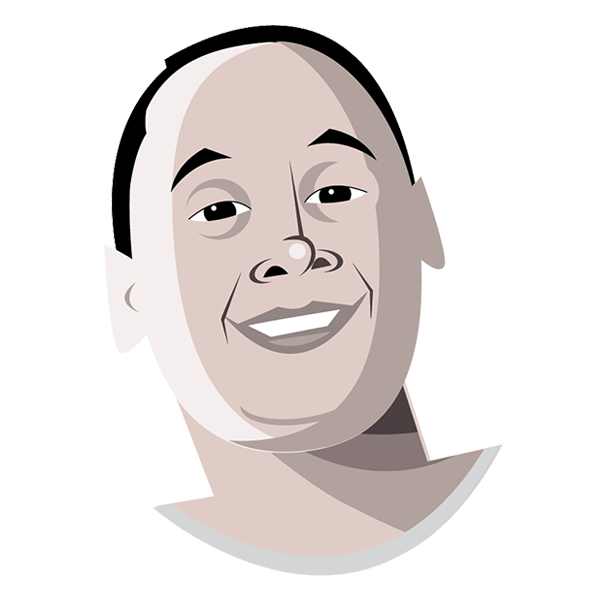 A morte e a morte